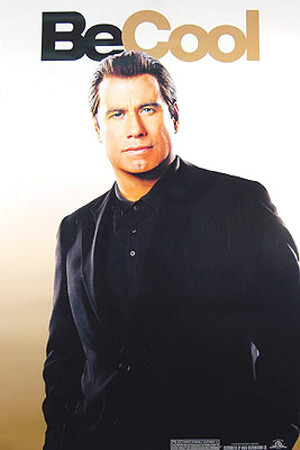 A few people suggested I do so a while back, but I resisted for a number of reasons. I welcome feedback and enjoy seeing comments on my work — a luxury I was never really afforded on the SNY.tv columns — so I intentionally made it as easy as possible for people to comment when I started up this blog. I’m not out to muzzle anybody, even straight-up trolls.

Plus I have a reasonably thick skin and I like giving people an open forum, so I figured if some banned MetsBlog commenter believes he has unlocked the dark secrets to the SNY.tv empire, you know what, go to town in my comments section, bro.

But for some reason, the allegation that my post earlier this afternoon was “hacky” bothered me. I imagine, if pressed, Ryan would say that the Mets absolutely must go out and get Cliff Lee and insist that my post was a Wilpon-driven effort to excuse them from doing so.

Problem is, I honestly think signing Cliff Lee — a 32-year-old pitcher — to a lengthy and expensive deal is a bad idea regardless of it the Mets can afford it and no matter how awesome Lee is right now.

Look: Maybe by now you realize this, but I’m a contrarian by nature. When everyone’s all puppydogs and daffodils about the Mets, I present skepticism. When everyone’s gloomy, I provide some optimism. It’s not a conscious thing, it’s just the way I am. I have no idea why. I went to a stuffy college and became something of a hippie. If I went to a hippie college I probably would’ve started tucking my shirt in.

So this morning’s post — and I really shouldn’t even bother defending it — aimed merely to provide some perspective given all the doom-and-gloom around the blogosphere about the Mets’ payroll stuff. Ryan’s assertion that it was something other than that finally got to me.

When I first started subbing — for some reason my old jobs keep coming up here lately — the teachers I was replacing would always provide a big stack of worksheets to give out to students. I know other subs would yell at kids and force ’em to sit quietly and do their assignment, but that wasn’t my style — I just wasn’t nearly that invested in it.

So my approach was to hand out the worksheets and be forthright: I’d tell students that I didn’t really care if they did them or didn’t, but that I had instructions to collect them at the end of the class. And I’d say, “Look: I’m not here to get you in trouble and I imagine you’re not here to get me in trouble, so everybody just be cool.”

With high schoolers, it worked almost every time. They would sit, usually chatting quietly but rarely getting out of control, and at the end of the period a bunch of them would hand in their worksheets and the rest, I guess, would explain it to their teachers later.

With middle schoolers, the approach failed miserably. Middle schoolers are bastards. They cannot be reasoned with and they are incapable of just being cool. They would yell and throw things and choke each other and then I’d have to yell back and write them up.

My approach to comments on this blog has always been similar: Everybody just be cool. And it has worked. Everybody is cool. There are active discussions and interesting arguments and everyone keeps the tone respectful. It’s great and I am hugely appreciative.

But Ryan had the maturity level of the middle schoolers. And I grew at least a little concerned that some would confuse him with the O.G. commenter Ryan, one of the brightest and funniest people who comments on this blog.

So everybody else, continue being cool. And you’re welcome to doubt my motivations all you want, no matter how often I insist I am being open and honest. Just do it in some productive fashion, or try to add at least a little bit of humor or originality to the mix.

Except you, Ryan, you don’t have that option. You’re banned. Farewell. I will miss your pageviews.

“At no point in your rambling, incoherent response were you even close to anything that could be considered a rational thought. Everyone in this room is now dumber for having listened to it. I award you no points, and may God have mercy on your soul.”