Over at SNY Why Guys, Rob Steingall takes a look at Yu Darvish, the young Japanese right-hander rumored to be bound for the Majors next season. 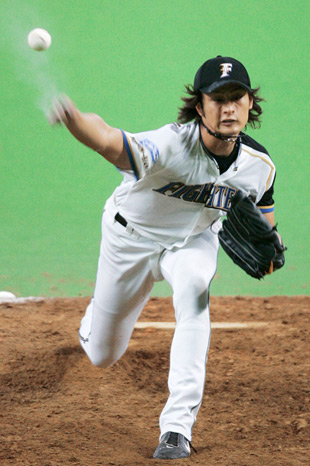 If Darvish is posted, there’ll be a ton of hype around him: He’ll be 25 in August, he throws in the mid-90s, and he has been completely dominant in Japan for years. Then there’ll be backlash: Hideo Nomo is still the best starting pitcher to have come over from the NPB, and much-hyped Japanese imports Hideki Irabu and Daisuke Matsuzaka fell short of expectations.

But Darvish has been significantly better than all those guys were in Japan. And it’s silly to cite a couple of examples as concrete evidence that Japanese pitchers won’t live up to the hype (or salaries) in the U.S., plus 25-year-old free-agent pitchers that appear to have big upside don’t come along every day. The whole thing’s going to be pretty interesting, assuming it happens.

Seriously, though: Will Dice-K’s struggles bring down Darvish’s price tag and posting fee? Is that fair? Should the Mets, financially strapped but without many other options for frontline starting pitching, join the bidding?

Hey everyone, let’s get ahead of ourselves!