There’s a pitcher who’s in Mets Major League camp that’s staying at my hotel. It doesn’t seem appropriate to say his name and it doesn’t much matter for the sake of this weird and potentially off-putting post anyway, but I can say with some confidence that he’s very unlikely to make the Mets’ roster out of Spring Training. 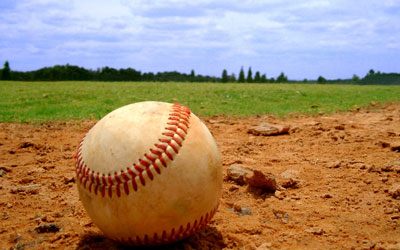 And nearly every evening I see this guy sitting in his car in the hotel parking lot talking on the phone, and something about it makes me sad. I don’t know what he’s saying or to whom. For all I know he just spends an inordinate amount of time ordering pizza or engaging solicitors. But I assume he’s talking to his dad or his sister or his best friend or his old coach, someone or some combination of people who care about him a whole lot and want to hear about his progress and performance in Port St. Lucie. It takes a village to raise Minor League bullpen depth.

Baseball at its best is both joyous and comprehensible. It’s entertainment. Cable deals and ad sales and revenue sharing and all sorts of businessy stuff complicate things a bit, but that’s what it boils down to: The players perform and the fans pay to watch them.  And baseball is so entertaining and commands so much of our attention that some lucky souls get paid to cover it.  Mine is an utterly enviable occupation, I realize, as is actually playing baseball.

Due to some odd bit of wiring in my mind — or, hell, maybe this is common — whenever I spend time thinking about a job, I also think about the particulars of it that might make me a little nuts.

The most accessible example from my own past comes from the job I had at a wholesale/retail lobster farm for three summers when I was in my late teens:

Lobsters, when you deal with them daily, become kind of despicable. We called them “bugs,” and they bit us and stunk and sometimes ripped each other’s limbs off. And by that point I had long since made peace with killing animals for meat, but still something about dumping crates upon crates of living things into huge vats of boiling water every day messed with my 17-year-old head. I had some really weird dreams.

And in terms of jobs that could drive you crazy if you let them, playing baseball must be a doozy. How many careers exist on such short arcs, with so little margin for error, with so much randomness in play but with every single occupational event recorded, computed, graphed and analyzed? And how torturous must it be to face at some point the realization that you are demonstrably not good enough at the thing you are best at?

But then, though there are some isolated cases, there aren’t a whole lot of baseball players who seem to think that way. In talking to them, it seems like for many the drive required to ascend to (or near) big-league heights helps players shut out the external variables and focus on the day’s work. It sounds cliched, but many athletes appear far more capable than most of us at staying within themselves. Worrying about the above-listed peculiarities of playing the sport professionally and actually playing it professionally are likely, in many cases, mutually exclusive.

Which is to say: Maybe this is my issue. And I realize it’s part of baseball, and that it’s not necessarily rational, and most days when I’m sitting at my desk or in some press box using a myriad of figures to explain why some guy sucks or making snarky jokes about his baseball misdeeds on Twitter, it hardly weighs on me at all.

But in the parking lot behind the hotel, under the wide-open blue and orange sky at dusk in Port St. Lucie, it’s hard not to let it at least creep in to my mind: For every dude I dismiss, every footnote in a roundup post, every guy deemed worthy of mere shrugs or raised eyebrows — all of whom are well-compensated for their work, no doubt — there is someone far away on the other end of the phone coaching him or advising him or loving him who wants desperately for him to succeed and be happy.

And I sit here explaining why he won’t, discounting living things as though they only exist for my consumption, dumping lobsters in the pot again.

1 thought on “The lobster pot”