It is Aug. 27 and, as far as I know, I have yet to troll a newspaper column about the Mets in this space this season. That used to be a regular and somewhat popular part of this blog’s constitution, but after a couple of petty but informative email exchanges with ranking members of the local media, I decided that to react to sensational or needlessly needling material is to indulge it, and I should aspire to loftier things. Like, you know, writing about Taco Bell and stuff. 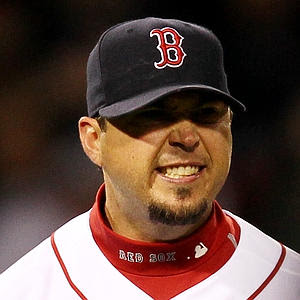 I made the same resolution last season but only made it to early May before I blew it. The big difference this season is that I mostly stopped reading anything that’s going to annoy me. I’m still exposed to it via Twitter and occasional reader email, so I know most of the general themes in contemporary LOLMetsing. But if I click on something now and find myself getting frustrated, I can usually click away without ever thinking about it again. Maybe that’s maturity or professionalism, but I’ve never been very mature or professional. I suspect it’s more apathy than anything else — not for the actual on-field Mets or their roster, but for the bizarre, antagonistic culture surrounding them in some parts of the media and fanbase. Blame Beltran, I guess.

Which is all a long lead up to say that I have no idea why I allowed myself to read all the way through this column from Joel Sherman in the New York Post, which asserts that somehow the Mets were the losers of the recent, giant Dodgers-Red Sox trade. It’s not all incorrect: Sherman points out that six months ago, the Mets and Dodgers appeared in similar financial straits and now the Dodgers, under new owners, are spending like mad. That’s definitely true, and it’s true that the Mets could benefit from the type of short-term financial flexibility that the Red Sox earned through the trade and the long-term wealth that the Dodgers can now apparently boast.

The arguments break down in the particulars, though.

Sherman suggests that if Johan Santana had performed better this season, the Dodgers would be willing to take on the $31 million left on his contract, as evidenced by their willingness to put a waiver claim on Cliff Lee and to accept Beckett in the trade. He writes Santana’s contract “probably would not have deterred the money-is-no-object Dodgers,” and maybe he’s got some inside info to back that up.

But check it out: Sherman doesn’t note that Santana is owed $31 million for next year alone, while the $31.5 million remaining on Beckett’s contract covers 2013 and 2014. Beckett, like Santana, has both struggled and missed some time with injury this season. But Beckett was one of the best pitchers in baseball in 2011 while Santana sat out the entire season following shoulder surgery. And Beckett, moving to an easier division and a more pitcher-friendly park, can be expected to improve in Dodger Blue. The same can not be said for Santana. How much better would Santana have had to pitch in 2012 to convince another club to take on $31 million for one year of one pitcher with a surgically repaired throwing shoulder?

Also: Cliff Lee is awesome. He was awesome last year, he was awesome the year before that and the year before that, and he was still pretty awesome when he was 2-6 and the Dodgers claimed him. Lee averaged 225 innings the past four seasons. I’m not sure taking on an aging pitcher at $87.5 million for three years seems like smart baseball business, but then that he was claimed and not traded appears to imply the Phillies think Lee will be worth it. And to their credit, he hasn’t provided much evidence yet to suggest he won’t be.

The column goes on to argue that the Mets are the losers in the deal because they do not have an ownership group dedicated to energizing a fanbase by signing and taking on a bunch of potential albatross contracts, because nothing energizes a fanbase like gutting your farm system and committing over $100 million through 2017 to Carl Crawford — who was, by OPS+, worse with the Red Sox than Jason Bay has been with the Mets. Bringing on Adrian Gonzalez, Beckett and Hanley Ramirez definitely gives the Dodgers a better chance of winning it all in 2012 and 2013, and flags fly forever. But things will seem pretty different by 2015, when they’ve got over $80 million locked up in four players, with only one of them — awesome, awesome Matt Kemp — likely to still be in his prime.

The crux of the argument, I guess, is that the Mets are losers because they were not able to get rid of or take on bad contracts, and implicitly that they’re losers for having another big-spending team in the National League with which to compete for free agents. Some of that makes sense. The Mets could become on-field winners sooner if they could part with their 2013 contractual obligations to Santana and Jason Bay and spend that money (or even more money) elsewhere. But unstated is that the Mets have spent their last four years weighed down by big contracts, and that the struggles of the Red Sox and Phillies and Marlins this year should help show why dishing out a bunch of massive, long-term contracts doesn’t guarantee victories.

Bay and Santana are on the books through the end of next season. Crawford is signed through 2017 and Beckett through 2014. If the Sox didn’t force the issue by including Gonzalez (and the estimable Nick Punto, of course), it would be years before they could clear up that cash. The Mets should gain financial flexibility after next year’s campaign.

Which is to say, I guess, that none of the pieces involved are comparable and it’s just a totally different situation, so it seems like piling on the currently awful Mets to label them losers in a deal they had nothing to do with. Then, as a kicker, Sherman adds:

The Dodgers, playing Luis Cruz at third, needed an upgrade at that position as badly as they do first base. So why exactly couldn’t the Mets have been bold with David Wright, as long as they could attach a bad contract or two with it to gain a total financial reset along with prospects?

That implies, I think, that Sherman believes the Mets could have sent Wright along with Bay and/or Santana to the Dodgers for prospects — that they had that option. But as you know and I know and Sherman certainly knows, Wright’s 2013 option only belongs to the Mets, so trading him this season would mean the acquiring team gets him for only the rest of this season. Would the Dodgers really take on $21 to $51 million’s worth of 2013 obligation and trade away prospects for a month and a half of David Wright? That’s not a rhetorical question. Again, maybe Sherman’s privy to some information I don’t have, like that the Dodgers’ new ownership group consists entirely of WFAN callers that somehow stumbled their way into billions of dollars and are currently pounding their fists on the boardroom table yelling,”TRADE! TRADE! TRADE!”

But if that were by some chance the case, wouldn’t the Mets be reasonable to expect even more in return for Wright in just a couple of months, after they exercise his option and can trade away his services for all of 2013?

Once again, and for any Mets fans who have made it this far: The change you are seeking has already been made. We don’t know yet to what extent the team’s owners are willing to invest in the Mets’ payroll, but everyone should realize by now that spending money for the sake of spending money is no way to build a consistent winner. Sandy Alderson, we have seen, is dedicated to building a club from within and retaining the players worth retaining. Not all his moves have been great ones, for sure, but he has done nothing to hamstring the club for the future. Hopefully at some point soon the Mets will appear to be a piece or two away from fielding a certain contender and Alderson will have the financial flexibility to bring those pieces on via free agency. That’s the model. It’s the model everyone seemed to agree was the right one when Alderson was brought on board a couple years ago, and it’s not something they should deviate from now just because we’ve grown bored of it.