Straight-up: I Googled “Best Wikipedia page ever” and this came up. And it’s pretty great. 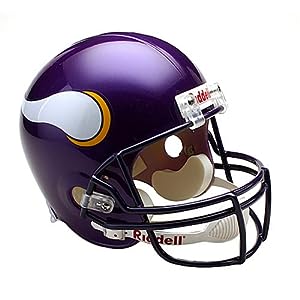 The Wikipedia’s list of common misconceptions will blow your f—ing mind. A lot of it is stuff you might have known or otherwise suspected — like how everyone pretty much knew the earth was round by the late 15th century when Columbus proposed sailing west to get east. But unless you’ve seen the page before, there’s a lot on there that’s going to be brand new to you. The whole thing’s worth a read, and since it’s presented in list form it’s already formatted for easy consumption, but here are some highlights:

– Vikings probably did not wear horns on their helmets. That comes from Wagner’s Ring cycle.

– Iron maidens did not exist as torture devices in the Middle Ages, meaning Bill and Ted’s Excellent Adventure is historically inaccurate. They were reconstructed from various artifacts to “create spectacular objects for commercial exhibition.”

– The U.S. Constitution is not written on hemp, Cheech.

– Napoleon Bonaparte was 5’7″, slightly taller than the average Frenchman of his time.

– John F. Kennedy’s German quote “Ich ben ein Berliner” does not actually translate to “I am a jelly donut” in Berlin, it means exactly what he meant it to mean: I am a Berliner. The pastry in question is called a Berliner Pfannkuchen elsewhere in Germany, but in Berlin they just call it a Pfannkuchen, naturally.

– Thomas Crapper did not invent the flush toilet and the word “crap” does not derive from his name. Or perhaps both are true and the Crapper family are now vigilant Wikipedia editors.

– Old and Middle English speaking peoples did not actually pronounce “ye” instead of “the.” It just looks that way in print.

– The Great Wall of China is not visible from the moon, nor is any other specific human-made object.

– Per the Wikipedia, “the notion that goldfish have a memory span of just a few seconds is false.” I always struggled believing that one anyway. How in hell did anyone know?

– Despite what you may have seen on the Flintstones, humans and dinosaurs never co-existed. Only 59% of U.S. adults know that. 59 percent.

– Humans do not use only 10 percent of their brains. Another one of those goldfish ones. Who really purported to know that for sure?

– Lightning strikes the same place all the time. Work someplace where you can see the Empire State Building in a thunderstorm and you learn this real quick.

– Speaking of: A penny dropped from the top of the Empire State Building would not pick up enough speed to kill someone. Also, it’d hit a lower level on its way down.

– This is not a common misconception, but apparently Marilu Henner can remember every meal she has ever eaten.

– Al Gore never claimed to have invented the Internet. He said he “took the initiative in creating the Internet,” which is kind of true.