Not many items of Taco Bell news this Tuesday, but this one’s hard to beat: 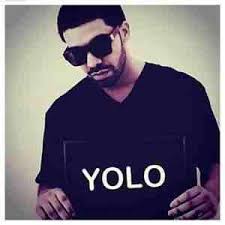 Taco Bell carjacking ends on the Yolo Bypass: Outside of the actual carjacking part, which sounds terrifying, this is all pretty hilarious and worth clicking through to read. It turns out that in addition to having a “Yolo Bypass,” East Davis, Calif. also has a Mace Blvd and a Chiles Road. Plus, the carjacker was chased into a cornfield by, among others, the California Department of Fish and Game. When cops surrounded the cornfield and demanded he surrender, he refused and laid down — a really good method if you’re ever hiding in a cornfield. Fortunately, the police have dogs that can distinguish the sickening smell of man from the sweet scent of corn, and the suspect was soon apprehended.

But really, I note it here because “Taco Bell Carjacking on the Yolo Bypass” is about the best title I could ever come up with for an album or poem or short story or autobiography. If I were on the Bleacher Report analytics team I’d definitely slip “Taco Bell Carjacking on the Yolo Bypass” into my massive list of potential UFC headlines just to see what someone came up with.

Taco Bell finishes second in survey of fastest fast-food: Wendy’s topped the list, which wouldn’t be surprising to anyone who frequents the outstanding Wendy’s in Hawthorne, N.Y. but would be absolutely f—ing baffling to anyone who has ever been to that Wendy’s in Yonkers. Taco Bell, I am near certain, was impacted by its continued affiliation with the Worst Taco Bell in the World in Elmsford, N.Y., where it once took over 20 minutes for me to get a drive-thru order.

The important thing is that it incorporates the Crunchy Red Strips. The first Chicken Caesar Grilled Stuft Burrito marked the introduction of that fine ingredient, and it would be a shame to bring a descendent back to the menu without a nod to the innovations of the original.