You know by now that R.A. Dickey is pretty awesome, what with his being the knuckleballer that led the league in strikeouts this year, a guy inspired by Hemingway to climb Mount Kilimanjaro for charity, a former doughnut-store employee, a dedicated and capable beard man, and a distinguishing sandwich-eater. He’s also a Star Wars fan and, apparently, the owner of a growing family of pet rabbits.

Last night, Dickey tweeted a photo of his one-month-old rabbit Luke, brother of Leia, son of Vader and Amidala. And damned if it isn’t about the cutest thing you’ll ever see in your entire life. For my wife, fan of both R.A. Dickey and rabbits: 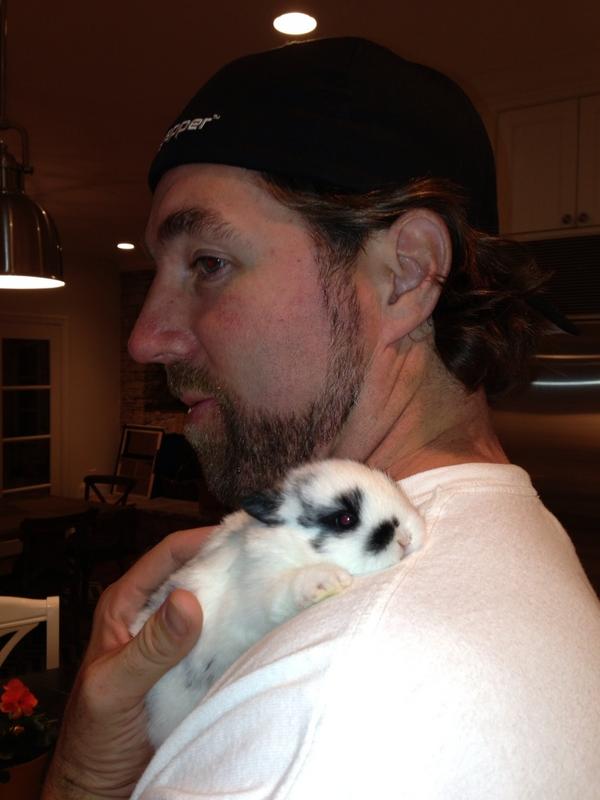