Over at Beyond the Box Score, James Gentile dives into Retrosheet data to investigate whether 10+ pitch plate appearances ultimately pay off for the hitter more often than they do for the pitcher. It’s a very interesting read complete with handy tables, but as Gentile admits, there are some sample size issues. Also — and this would be impossible to do in any meaningful way given the sample of data we have — I’d love to see such a study broken down by starters and relievers and the innings in question; I wonder if a 12-pitch plate appearance against a starter in the 2nd inning less frequently benefits the hitter than one against a reliever less accustomed to throwing so many pitches, and so on (though I suppose fouling off six pitches three hours into a game can be pretty exhausting, too). 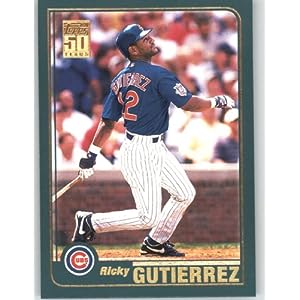 Anyway, I link it here for a couple reasons: First, the extra-long plate appearance is generally credited to the batter, even though it always means the pitcher has induced a ton of weak contact — a good thing, even if it’s all going out of play. It turns out maybe that’s right, likely to the chagrin of the Mets fans certain the team’s patient approach killed its offense in the second half of 2012.

Second, the frivolities noted at the end of the post: The three longest plate appearances since 1988 belong to Adam Kennedy, Alex Cora and Ricky Gutierrez. (Remember Ricky Gutierrez?) None finished his career with an on-base percentage higher than .338 or an OPS above .711, and I suspect — hilariously tiny sample-size caveats noted — that’s not a massive coincidence. Albert Pujols probably doesn’t see a ton of pitches in a plate appearance very often because he doesn’t frequently swing at pitches out of the strike zone and doesn’t often see 10 pitches near the strike zone that he can’t hit fair.

Also, I’m sad I missed Gutierrez’s 20-pitch tilt against Bartolo Colon in 1998. That at-bat, culminating in a strikeout, came in an otherwise efficient eight-inning, 112-pitch outing for young Colon. The Astros got 28 plate appearances against Colon, and Gutierrez’s marathon occupied 17.9 percent of the righty’s effort.