All of them should make the Hall of Fame. 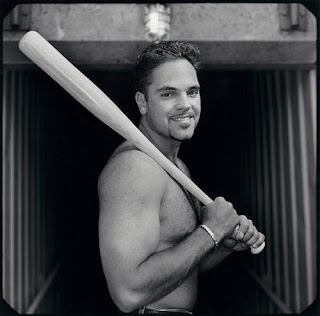 This debate seems likely to get furious and stupid in the coming weeks, and I’m not all that eager to participate further. Here’s what I wrote on the subject in 2009:

[T]here’s talk that four of the very best players of this or any era — Manny [Ramirez], Alex Rodriguez, Roger Clemens and Barry Bonds — should be excluded from the Hall of Fame. I like the Hall of Fame, and I fear if those men don’t make it in, the honor will someday seem like the Gold Glove Award or something, like some sort of pageant that bears little correlation to actual accomplishments within the game.

I know there are guys we think should or shouldn’t be in, but the Hall of Fame does a pretty good job of recognizing the achievements of the best players to ever play. We can get caught up in thinking it’s a pristine place, but its membership includes guys who doctored the ball and guys who popped pills, not to mention abject racists and legions of players who benefited from playing in a segregated game. The common thread is not integrity, but that each man enshrined was among the greatest players of his generation.

Yes, the pre-Manny steroid users did something wrong, but baseball did not adequately prevent them from doing it and so they got away with it. Yeah, that kind of sucks, but some of them managed to dominate a bunch of other guys who were doing exactly the same wrong thing, and unless those successes are somehow stricken from the record, the deserving should be honored for them. Bonds’ home runs all still count, right?