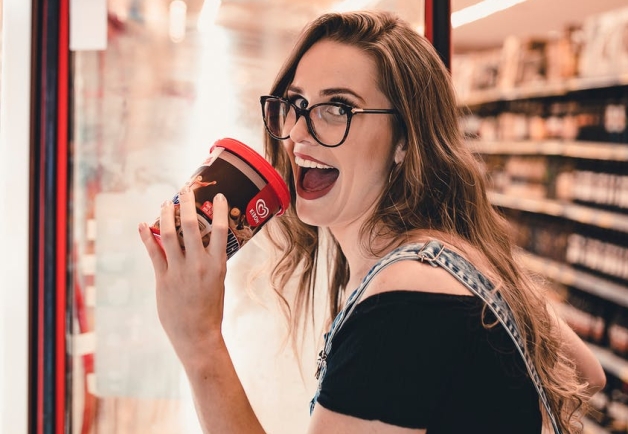 This is a stock photo that came up in a search for “Crazy.” (Photo by Edu Carvalho on Pexels.com)

Five or six years ago, New York City endured a brutal winter. I forget the specifics, but I recall that basically every time one storm’s snow melted, another snowstorm came, and it got extremely cold for a while. What I remember best was people losing their cool after being holed up for months: A guy on line at the coffee shop snapping at the barista over something stupid, a woman having a full-blown shit-fit about getting a parking ticket, etc.

For anyone who’s not insanely wealthy, there’s a trade-off inherent in living in New York City: You give up interior space in exchange for extra things to do. People say things like, “well, the bar downstairs is my living room,” or, “we like to think of Tompkins Square Park as our backyard,” and most of the time, they’re not wrong. But when life, for whatever reason, forces everyone inside for a while, we start feeling crushed by the walls around us. And I recognize that this is true to some extent everywhere, but the effect is amplified here, where it’s rare for anyone to have more than 500 square feet to themselves.

I’ve whined before about how difficult it is to find ways to keep a 2 1/2-year-old physically active at this particular juncture in history, but this morning I found a pretty good one. I took the kid and his little yellow basketball to an open field in the park and basically played fetch with him, and, to my surprise, he loved it. I got some much-needed exercise out of it myself, as I’d basically throw the ball as far as I could, wait until he got about halfway to reaching it, then sprint to catch up with him while he giggled with delight.

Then something horrible happened: Some other kid showed up and wanted to play with us. He was extremely sweet, and at first he seemed content to just kick the ball if he got to it first. I was fine with that. Then he started picking the ball up and moving ever closer to me and my son, and when I looked to his caregiver for assistance, she was on the phone.

My normal inclination, even if the other kid was riddled with visible chicken pox or something, would be to just sort of shrug and let him play with us for a while. But this is obviously different. I am myself chock full of autoimmune disease, and I certainly don’t want to be responsible for giving my wife the ‘rona and risk having her bring it into a hospital to distribute to kids with serious underlying conditions.

Also, and not for nothing, I don’t know the kid’s deal or if he lives with any vulnerable people, and since my wife works at a hospital and my son can’t keep his hands off door handles, I can’t say for sure that I’m not an asymptomatic carrier of the disease.

But I’m never, ever going to scold someone else’s kid, so instead I just kind of kept looking at the lady, seeing if she might intervene, growing increasingly frustrated. Pretty soon I just gave up and went home. I said nothing, but I wanted to say, “lady, are you f@#!ing kidding me?”

Then, like two minutes into our walk home, I heard a jogging bro ask exactly that of a masked older woman who had her dog off-leash. I didn’t see what happened, but I assume the dog ran into his path. And I thought to myself that this guy was giving in to the urge to be uncool at a time when it’s way too easy to be uncool, and that he was clearly the villain in the scenario.

1 thought on “Losing it”