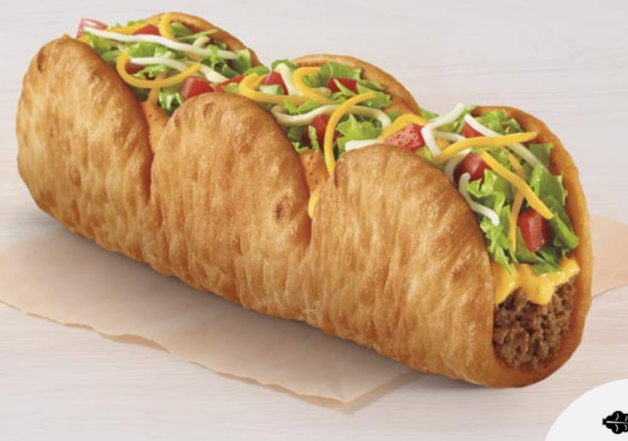 Heck yeah, I had a Triplelupa yesterday.

Though in this post I will detail some of the ways in which the Triplelupa is wholly unlike anything I’ve ever encountered on the Taco Bell menu, it is, at its heart — and like all the best Taco Bell things — a newly configured collection of straightforward Taco Bell ingredients: Seasoned beef, nacho cheese, lettuce, tomato, chalupa dough. As such, TedQuarters.net is prepared to call the Triplelupa: F@#$ing fabulous.

Here’s what it looked like in the wild. I got mine with no tomatoes: 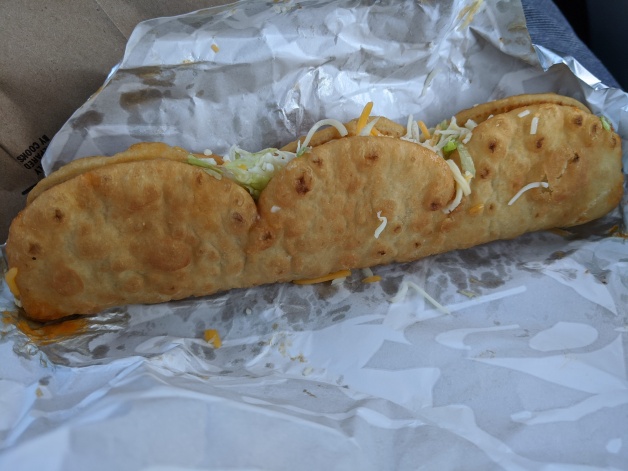 Look at all those lupas!

If somehow something distracted you from the Triplelupa’s launch, and if you haven’t found a lot of time in recent weeks to think critically about the new options at your local Taco Bell, understand that the Triplelupa is built of three smaller sub-lupas, and Taco Bell intends for you to tear the individual lupas off the larger Triplelupa and eat them separately.

As far as I know, Taco Bell has never offered anything like that before. It feels like a page out of the Pizza Hut playbook, but thankfully, it’s a million times better than anything that has ever been served at Pizza Hut (except possibly the breadsticks, which are decent). And it begs the question: What the heck happened to the Doublelupa?

Once Taco Bell developed multi-lupa technology, wouldn’t it make sense — and be very much in keeping with how Taco Bell does things — to start by rolling out the Doublelupa with all the requisite pomp and circumstance, then, roughly six months to a year after it quietly left menus, unveiling the Triplelupa and blowing minds?

This, to me, implies a couple of things: 1) It proved impossible to sauce two adjacent lupas without overlap, meaning the Doublelupa remains ony theoretical for now. 2) Taco Bell now asks for intentionally uneven sauce distribution from the heroes constructing our tacos, a paradigm shift. It’s hardly unheard of to get a Taco Bell thing with sour cream glopped on to only one half, but previously this was assumed to be the output of an inept hand with the sour cream gun.

Now that we know Taco Bell artisans have the capacity to sauce only half a taco, what wonders might come to the menu? The Quintuplelupa seems like a no brainer, but what about, like, a Heptadita, or a Partly Cheesy Fiesta Potatoes?

In an era in which we are tortured by uncertainty, in this one venue, the uncertainty is welcome. With one new thing, Taco Bell quietly changed everything. And without knowing what Taco Bell has in store for us, we can only strap in, hold on, and delight in the infinite possibilities for what could come next. It will probably have beef and cheese, and most likely some lettuce.

3 thoughts on “What happened to the Doublelupa?”