As part of the more-regular-features initiative that (thus far unsuccessfully) brought you Wikipedia Wednesday, I’m hoping to make every Tuesday “Taco Bell Tuesday,” featuring at least a post about the latest from my Taco Bell Google alert. Maybe this will continue. No promises. 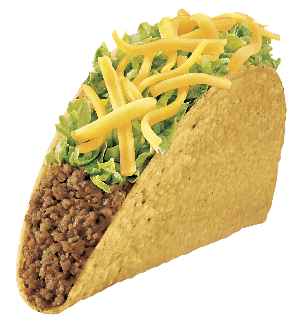 Most of the news today focuses on the upcoming launch of the Cantina Menu, Taco Bell’s effort to compete in the Chipotle/Qdoba/Baja Fresh space.

At iradiophilly.com, iradioal makes a strong point: This does seem like the first salvo in the Franchise Wars, no? Demolition Man was set in 2032, so Taco Bell has 20 years to realize the prophesy. No word on when we start replacing toilet paper with seashells.

Taco Bell invited select bloggers and journalists to taste the new Cantina Menu at the Empire State Building last week. Gothamist provided a funny but judgy review. Also, and more importantly, WTF? Seriously, Taco Bell? After all I’ve done for you? What has Gothamist done for your brand before this? Answer me that. Search the site for Taco Bell and it’s all pink slime and Hazmat suits and LOLTacoBell stuff. I HAVE A TACO BELL TAB. I understand they get 50 times my traffic or whatever. But last I checked you can’t put a metric on love. AND ART.

Next, in a feature that will likely frequently get link-love here if Taco Bell Tuesday continues, the OC Register’s Taco Bell Crime of the Week reports on a scheme to sneak marijuana into an Indiana jail using Taco Bell as a front. A prison guard got caught wrapping up weed and Suboxone in Taco Bell wrappers and bringing them to work in his lunchbox. Presumably it was a bit disappointing for his clientele every time they bought the weed and it didn’t come with Taco Bell. No access to Taco Bell has to be like the 14th or 15th worst thing about being in jail.

Finally, there’s a new Taco Bell commercial featuring a wedding party in a limo that stops by Taco Bell for Fourthmeal. We did that at my wedding, except it was more of a late lunch, in the gap between the ceremony and the reception. It was my wife’s idea, too, and a really good way to make me feel good about the marriage from its first hour.